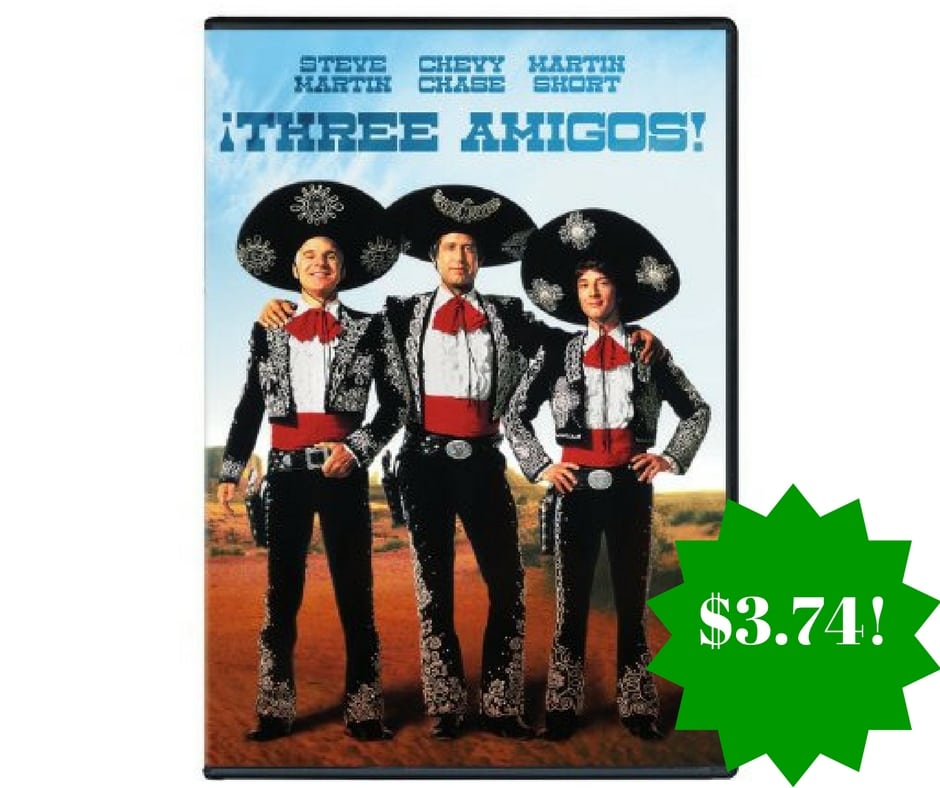 Get this Three Amigos DVD on Amazon right now!

Check out this great deal! Amazon has this Three Amigos DVD for only $3.74! Plus you can get FREE shipping on orders over $49 or if you are an Amazon Prime Member. Please keep in mind that this item is an Add-on so you must check out with at least $25 in your cart.

The Three Amigos are a silent screen comedy act whose act has seen better days. But when they find themselves in a small Mexican hamlet terrorized by bandits, the time has come for the Three Amigos to play their roles for real in this hilarious all-star comedy.