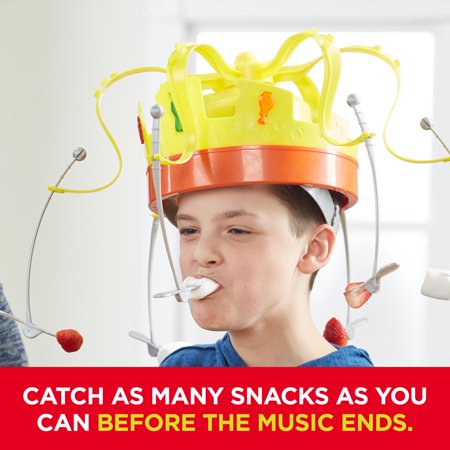 Chow Crown is the new Hasbro Game with a musical crown-spinning, chow-chompin’ game and its on the Top Wanted Toys list this year! All you have to do is put on the crown then load the dangling forks with various food. Food is not included of course.  The crown will spin and play music — and the challenge begins! In the Chow Crown game, players try to bite off the food without using their hands, and aim to eat them all before the music stops. Want more of a challenge? Switch from the long game mode to the shorter game mode. The player who eats the most food wins. Who will be crowned chow champ? 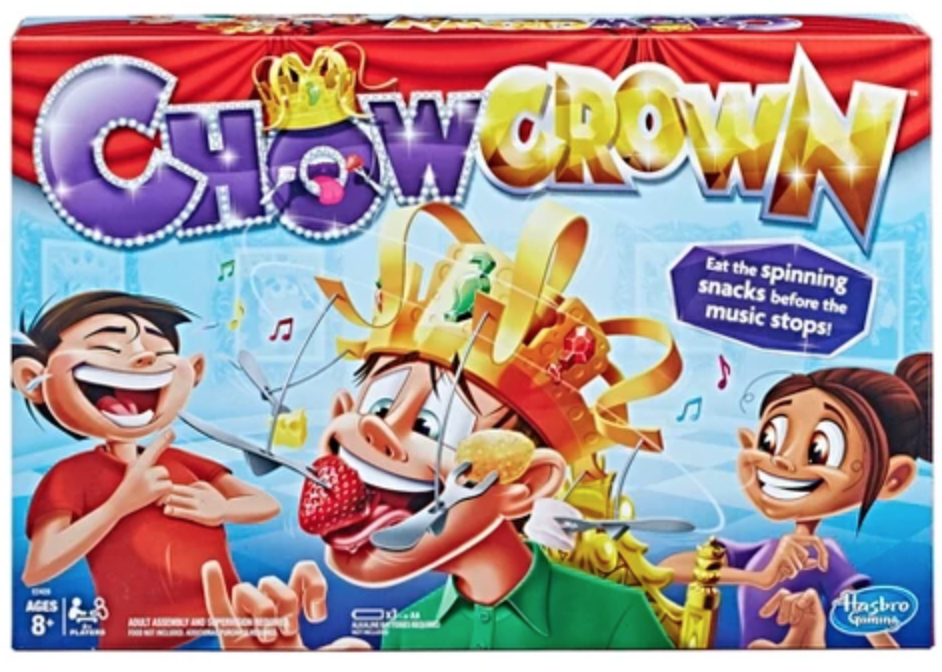 Prices on this new Hasbro game:

Walmart, Amazon and Target are within pennies of each other. Amazon prices change by the minute so I can’t list them but Amazon was $14.88 at the time of this post. I also listed Best Buy and Kmart in case you have points to use at those stores 🙂 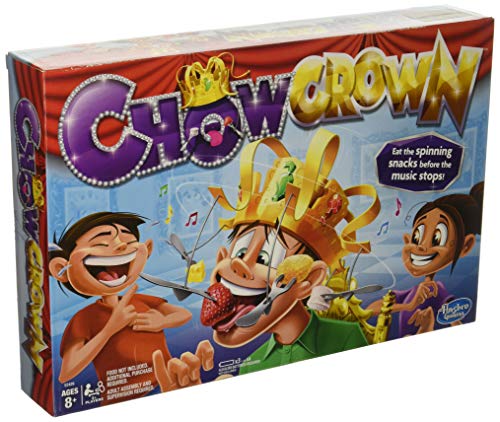 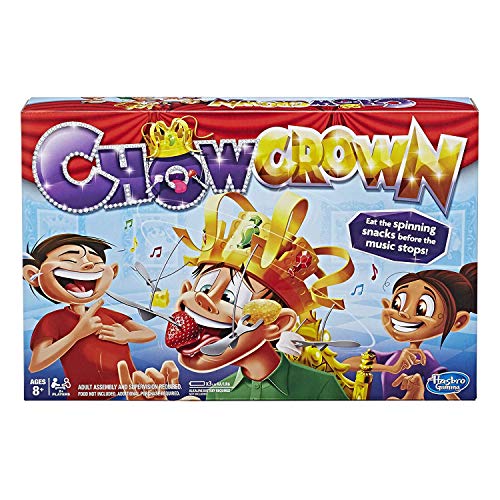 This would be a fun game for our family! How about yours? Will this be on your list to buy this holiday season?

Check out more of our online deals here